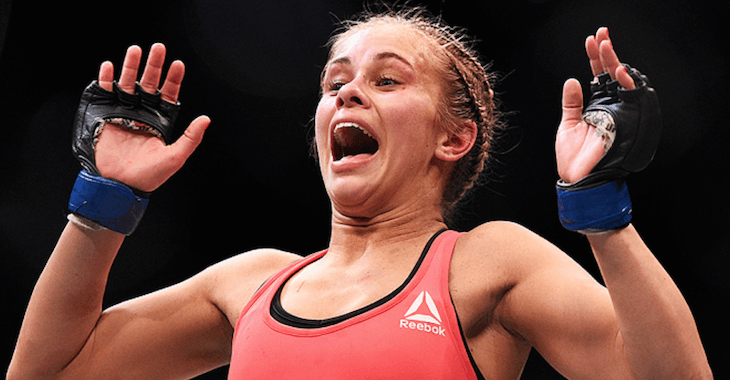 UFC 191 went down on Saturday night and delivered some good fights and some not so great fights. In the main event we saw a rematch between UFC flyweight champion Demetrious Johnson and John Dodson.

With names like Frank Mir, Andrei Arlovski and Joe Riggs you would think that the Reebok payouts would be pretty substantial this time around.

Remember that fighters get paid from Reebok according to their tenure with the Zuffa. So with veterans like those guys it would make sense that they get paid well, but the overall average, even with the championship fighters included, was only $8,750.

Outside of the champ and the challenger, Mir was the next biggest earner with $20K.

Check out the full rundown below:

The average number comes from adding all the fighter’s pay up, then dividing it among the number of fighters.