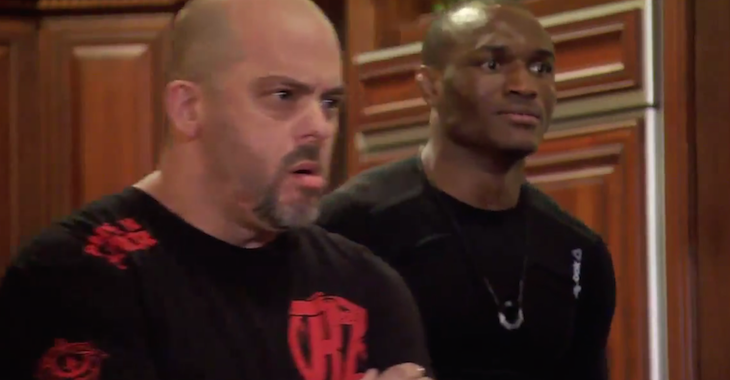 The 21st edition “Ultimate Fighter” is a season like no other. Rather than recruiting some of the best unsigned fighters from across the country and choose teams one by one, it is Team Blackzilian vs. American Top Team.

The first couple segments of the season premier concentrated on the rivalry between the two teams. Dan Lambert accused Glenn Robinson of taking top talents from other gyms with money rather than building an organic team with a history. Robinson insists it happened naturally and that he did not steal any talent.

After the fighters discovered their house (which was really a mansion on an island) the contestants secretly eyed each other down and sized each other up. It wasn’t long before tonight’s bout was announced: Team Blackzilian’s Kamar Usman would be taking on ATT’s Michael Graves.

Leading up to the bout, Dana White predicted that Graves was too well rounded for Usman and he would be able to defend the takedown-spam style of Usman. Of course, American Top Team believed this as well and Robinson could not wait to prove them all wrong.

Round One: Usman charged to the center of the octagon in a crawling and stalking manner— a Blackzilian tradition. It worked against him, however, as Graves simply punched him in the face while his hands were on the mat. Usman landed the first takedown of the fight after he caught a kick. Much like the rest of his takedowns, Usman could not capitalize on it and Graves easily went to his feet. Throughout some hard shots, you could tell Usman was simply working to take Graves down and get the decision win. Graves realized this, but did nothing to stop Usman’s takedown attempts and struggled to stay on his feet.

Round Two:
After a scrappy opening to the second round, Usman pinned Graves up against the fence and landed a takedown. Again, Graves got back up what followed was a nasty clash of heads. Neither fighter reacted and pushed forward. Usman shot for a takedown and Graves sidestepped it which forced Usman to tumble forward. Graves came out on top of the scramble and took the back of Usman and threatened a rear naked choke. Usman was able to stand up, but Graves held on to the backpack rear naked choke. Eventually, Usman dumped him off and gained top control for the remainder of the round.

There is no tournament with the “Team vs. Team” format in play. The tournament has been replaced with a brand new point system.

There will be a total of twelve fights throughout the season. Fights 1 through 4 will reward 25 points to the winner’s team. Fights 5-8 will reward 50 while 9-12 would reward 100 points.

Here is the final tally as it stands…

Who do you think will come out on top this season? Comment your pick below!