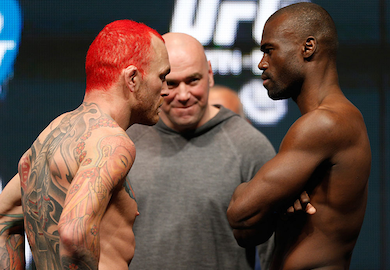 In addition, the exciting two-hour show that featured Uriah Hall’s TKO victory over Chris Leben in the final bout, was the second most-watched UFC show to date on FOX Sports 1, only trailing UFC FIGHT NIGHT: SHOGUN VS. SONNEN on August 17.

Following the conclusion of UFC 168, the UFC 168 POSTFIGHT SHOW on FOX Sports 1 delivered the most-watched POSTFIGHT show to date with 313,000 viewers, up 26% over FOX Sports 1’s first Pay-Per-View postfight show following UFC 167 that had 249,000 viewers. The one-hour show featured interviews with middleweight champion Chris Weidman and women’s bantamweight champion Ronda Rousey after both their title defenses.