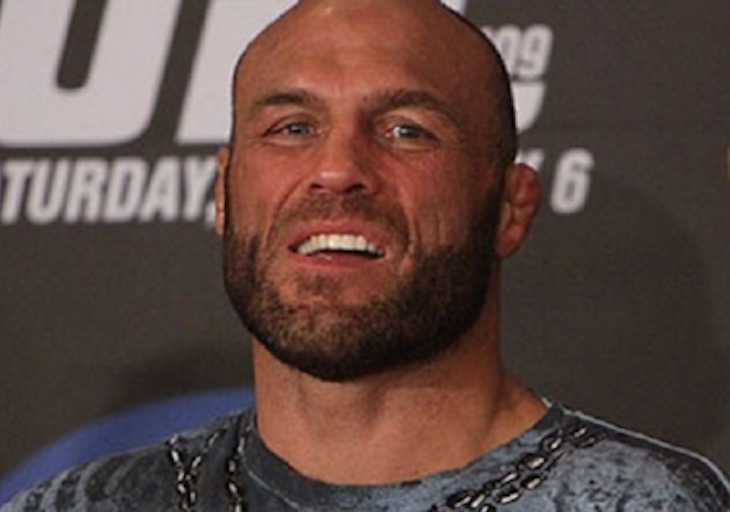 UFC legend Randy Couture isn’t necessarily on the best of terms with the UFC.

That was most recently reflected when the UFC refused to allow Couture to act as a cornerman for his son, Ryan Couture during his stint with the UFC.

Couture spoke to Submission Radio to discuss his thoughts on MMA, the recently filed class action lawsuit against the UFC, and how the sport will change, and continue to evolve in 2015.

“Well obviously I was approached. I’ve known about the swell of the class action suit coming for eight or nine months and was approached about being involved, and haven’t decided one way or the other whether I’m going to throw my name in that hat. I suspect at this point I’m probably not going to. Obviously I’ve had my run ins and my fights with Zuffa since they brought the company over, and over rights, and a lot of the things that are on the table with the class action suit. And I applaud Cung Le and Nate Quarry and Jon Fitch for being willing to stand up, take the heat, and put themselves on the line for the rights of the fighters, who in a lot of cases are getting the raw end, the short end of the stick with regards to the contracts and the way business has been done with the industry leader and promotion in the sport right now, and that’s the UFC and Zuffa. So I wasn’t surprised. I knew it was coming. I know it’s going to be a long, drawn out process. I think 2015 for a whole bunch of reasons is going to be a pretty interesting year in mixed martial arts to see what comes of all this sport and how the sport adjusts and settles out. I think we’ve going through some growing pain, largely because of Zuffa and the UFC and the way that business has been done. It’s obviously a global sport now all over the world, and you know it is in some ways, the market is a little oversaturated. It seems to have lost some of its shine and that special luster that it had back in the day when there were only six or eight pay per views a year. I think that the door has been cracked open a little bit by all these things, to allow some of the other promotions like Bellator or World Series of Fighting to grow their brand and fill that void, and to promote, and allow a bunch of other fighters to make a living, and you know ply their wares, and get their sponsors, and do a lot of things in the sport of mixed martial arts. So I think it’s going to be a really interesting year.”