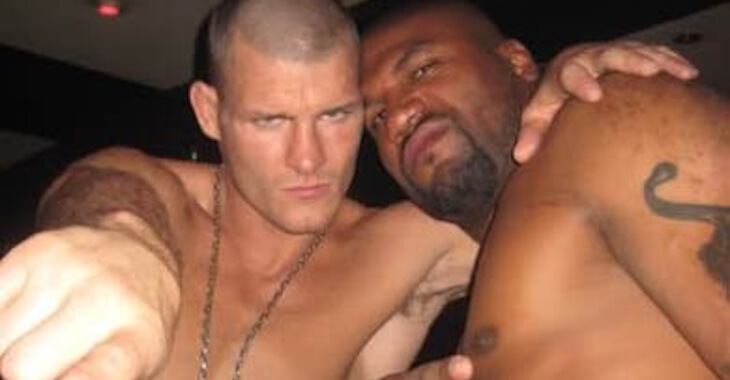 UFC’s Rampage Jackson has been in the headlines this week, after saying that he’s close to retiring if his legal issues with Bellator continue much longer.

Just recently he went on Twitter and shared with his fans that the UFC stopped him from calling it quits and that he’ll have news on his next fight soon. He gave no other details, so at this point we don’t have a clue as to who he would be fighting next, but, in a recent Twitch session Rampage went off on former training partner and friend Michael Bisping.

It sounds like someone on the stream asked him about Bisping and Rampage responded with this:

Jackson, once again, didn’t go into details about the situation. Don’t get your hopes up for a fight, Bisping’s a middleweight who is currently out with an injury and Rampage isn’t dropping down to 185.

Why do you think there’s bad blood between the two?