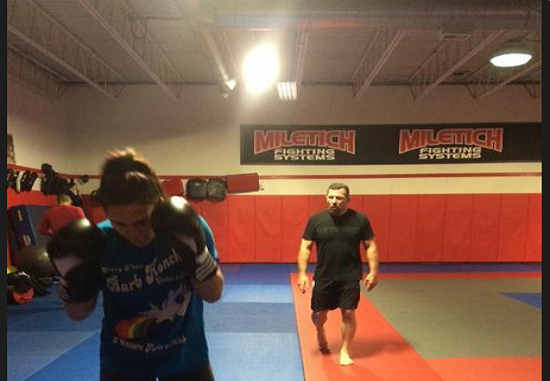 To prepare for the bout, ‘Alpha’ is training with UFC Hall of Famer Pat Miletich, and captured a picture of the training session for her Social Media fans.