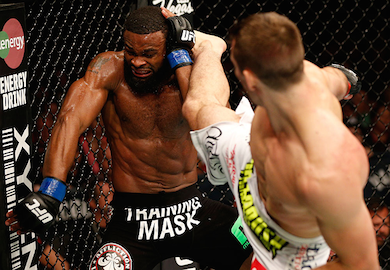 Following the bout, many pro’s and insiders took to twitter with their thoughts.

I think @rory_macdonald will become champ and keep the belt for a long time.. He'll be the next GSP! #UFC174

Rory tough, wasn't expecting it to go down like that!

What the fuck are dude wipes ? Would have to pay me a ton to put that on my ass

Back up, you lose

Wtf woodley…you're the wrestler man! Act like it and stop lettin him back you up! Come on man lets get it!