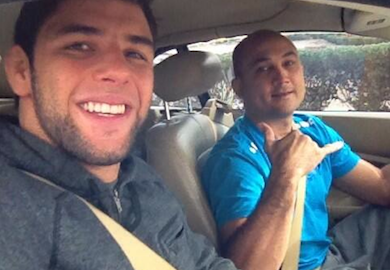 For the upcoming season of The Ultimate Fighter, coach BJ Penn has continued to wow fans with the ever-growing list of coaching talent he is bringing in.

Latest on the list of all-star mentors and coaches is BJJ world champion Marcus Almeida.

Just got picked up at the airport, now time to do some work, Team Penn @bjpenn #UFC #TUF #LasVegas pic.twitter.com/KzCtfTwMcs