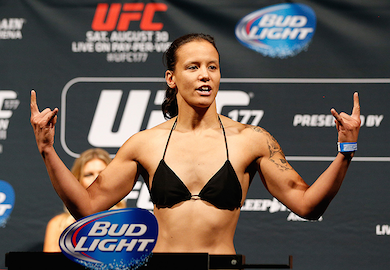 Ronda Rousey’s stablemate, and one member of the ‘4 Horsewomen’, Shayna Baszler recently lost via TKO to Bethe Correia.

Baszler addressed her haters several days ago, for putting her under harsh criticism.

Guess what I'm doing. Living my dreams. Guess what haters do. Clock in to grinding jobs & hat… http://t.co/KM0RS3VzLm pic.twitter.com/IcixGGHC9Y

So far there has been no word as to who Baszler will fight in her next Octagon outing.

Who do you want to see her face?