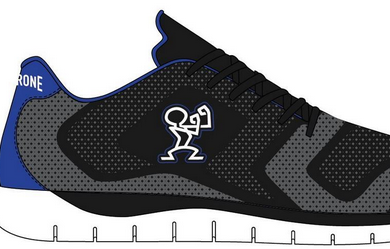 Conor McGregor revealed via Twitter the prototype for a new shoe that is being released by his sponsors, Dethrone Royalty for his ‘Stay Ready’ line of apparel.