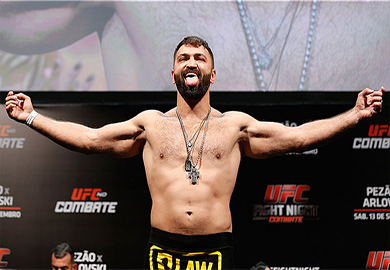 Last night at UFC Fight Night 51, Andrei Arlovski avenged his 2010 loss to Bigfoot Silva by picking up an impressive KO win in the first round of their 5-round main event bout in Brazil.

We have complied the best Tweets from UFC fighters reacting to the massive upset.

I said this a couple times this week but pretty wild that Bigfoot, coming off a suspension, ends up returning to the cage before Hunt.

That was awesome. Great job @AndreiArlovski you put him to sleep. #ufcfightpass