A title shot was on the line tonight in the UFC on FOX 10 main event.

Unfortunately though, that bid was only in the instance of a Thomson win.

Former UFC lightweight champion, Benson Henderson, threw a wrench in those plans, but even still, the champ, took to twitter to give his thoughts. 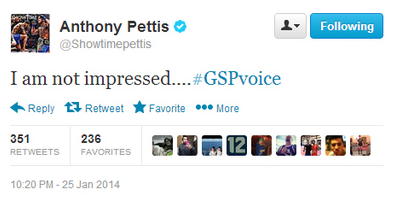