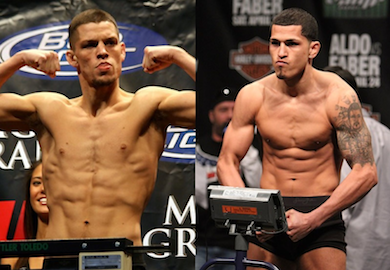 Something is brewing between Anthony Pettis and Nate Diaz and I don’t seeing it ending here.

This whole thing started when Nate was a guest on BJPENN.COM Radio and blasted Pettis prior to him beating Benson Henderson.

Two days ago we covered Nate Diaz’s recent attack towards Anthony Pettis and his seemingly never-ending string of injuries forcing him out of fights.

Pettis, has now finally taken to twitter with the following response:

I shouldn't let people who talk trash get me out of character. #champ4areason