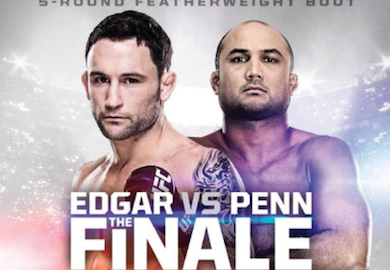 The TUF 19 Finale took place this past weekend, where fans saw Eddie Gordon and Corey Anderson crowned as the TUF 19 champions. Also in the main event, fans saw Frankie Edgar defeat BJ Penn in the third round.

Below is how the MMA community reacted to the event:

My Kids had a blast they loved meeting champ @tjdillashaw #tuf19 ufc http://t.co/XpQQwRsYZc

You know you moving up when @MCHammer and @UrijahFaber Follow you on the same day!! #geeked

This place is going crazy for BJ Penn!

Frankie is soooooo good. I am so torn on this fight. I can't wait!

Even Ben Askren, who was trolling Johny Hendricks and Dana White on Twitter during the whole TUF Finale, was excited for Corey Anderson’s win: