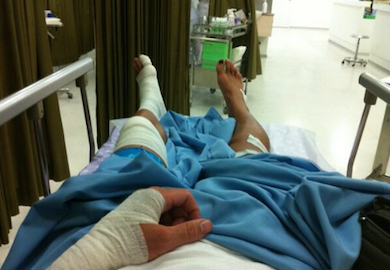 According to his twitter feed, the UFC’s, Mike Swick, is back in the hospital following an unfortunate motorcycle accident that really looks like it hurt.