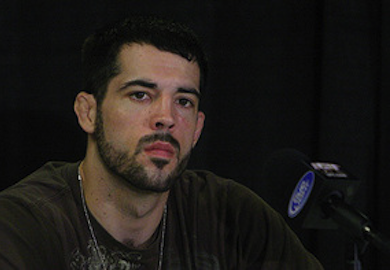 We recently learned that UFC welterweight Matt Brown was forced to withdraw from his scheduled bout against Carlos Condit.

On just one week’s notice this news caught many fans by surprise.

Matt Brown himself just took to twitter to confirm earlier reports and explain what happened.

Thanks for the support guys. I regret to inform all that I am out of the fight with Condit. I herniated 2 discs in my lower back this week.

At the time of this report the UFC had yet to release any additional information regarding the future of Carlos Condit as it pertains to next week’s UFC on FOX 9 event.

We will keep you posted as details come out.