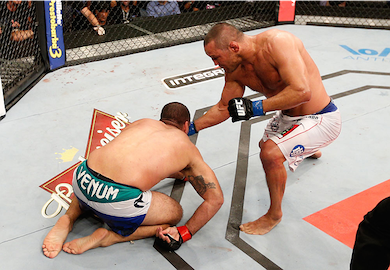 Earlier in the week, rumors started circulating about Dan Henderson’s departure from the UFC’s light-heavyweight division, and return to middleweight.

Untrue though, says the former PRIDE and STRIKEFORCE Champ.

It's funny how rumors get started. If you have read that I will be returning to middle weight. Not true, but always a possibility.