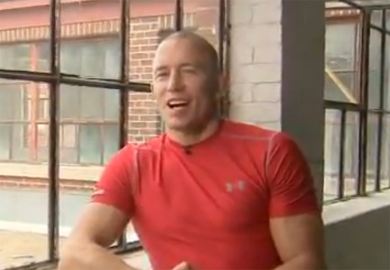 Car theft is a real crime that hits thousands of people each year.

A car thief can only assume that when they have the skills necessary to successfully steal a high end car that they will be in and out and safe from harm.

Yesterday afternoon, UFC welterweight champion, GSP took to twitter to announce that his car had been stolen. The car thief, however, is lucky GSP didn’t catch him in the act.

Stealing a UFC champions car? Probably one of the most dangerous professions in the world…