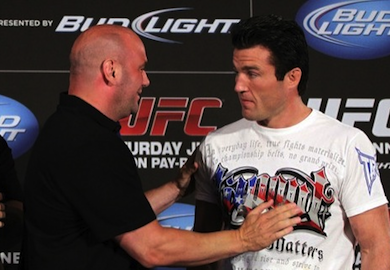 One would think that at this point Chael Sonnen is the sworn enemy of all Brazilian citizens.

From bashing their fighters to insulting their education and technology, Sonnen has been digging his own Brazilian grave for years.

Now slated to coach TUF Brazil opposite Wanderlei Silva, he apparently has more support than anyone could have guessed.

Interesting, many fighters in Brazil said they would LIKE to be coached by Chael Sonnen.