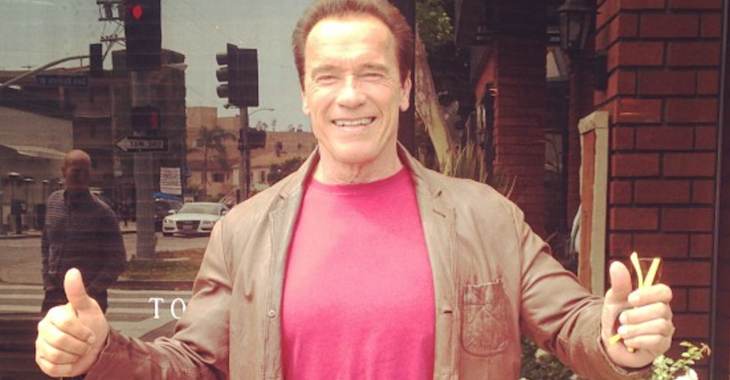 Following “UFC Fight Night Boston” Arnold Schwarzenegger congratulated Conor McGregor via Twitter, as he normally does, and even promised McGregor that he would be at his title fight against Jose Aldo, which is being targeted for UFC 187 in May.

Congrats to the McGregor-nator @TheNotoriousMMA on terminating another opponent. Can't wait for your world championship fight. I'll be there