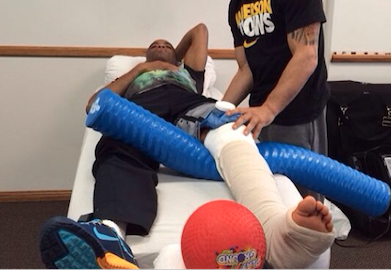 Earlier today Anderson Silva took to his personal Instagram to give an update on his condition and send a message to his fans.

The former UFC middleweight champion suffered a severe and possible career ending leg break in the main event of UFC 168 during his bout against Chris Weidman. As a result the man many consider the greatest of all-time lost his rematch and all-hopes of regaining his title in the near future.

Here’s what Silva sent out:
Via Google Translate:
“Thank you for the affection of all. I’ll be good. I promise you I will.”