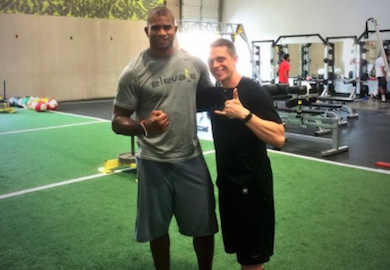 Much has been made over the evolving physique of Alistair Overeem as of late, most of which was sparked by the picture above.

And while no one can get a true estimate of mass from a photo, many think he’s shrinking at a rapid rate.