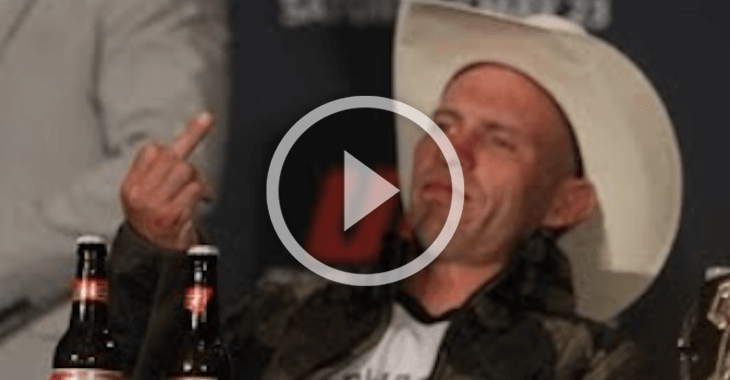 Things really kicked off at the UFC’s ‘GO BIG’ press conference, where McGregor took over and started talking trash to basically every other fighter on the stage, including Cerrone.

McGregor talked about going up to lightweight, saying that they are all stiff and slow. Cerrone fired back, telling him to worry about Jose Aldo and stay down at 145.

They went back and forth a little, but you could see Cerrone was doing his best to keep his cool. On the recent episode of Joe Rogan’s podcast, ‘Cowboy’ went on about what he really wanted to say and then kept slamming the fighter throughout the episode, calling him an ‘Irish muppet.’