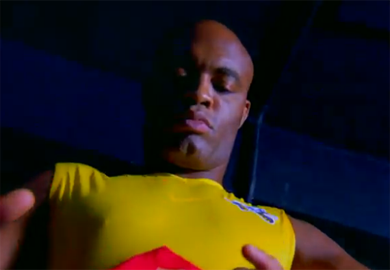 Prior to his bout against Stephan Bonnar, Anderson Silva’s camp went on about a potential superfight against UFC welterweight champion GSP.

Silva and his team of representatives proclaimed on numerous occasions that the GSP bout is what they wanted next.

According to a recent report over at mmafighting.com, it would appear as if Silva is taking the long trip to Montreal to sit cageside at the event for a possible challenge to GSP should he win at UFC 154.

Here is what they said:

A party with a vested interest in the outcome of UFC 154’s main event is heading to Montreal a week from Saturday night.

And depending on how the bout between UFC welterweight champion Georges St-Pierre and interim champion Carlos Condit pans out, there’s a chance that before the evening is over, the wheels could be fully set in motion for a superfight which has long been speculated.