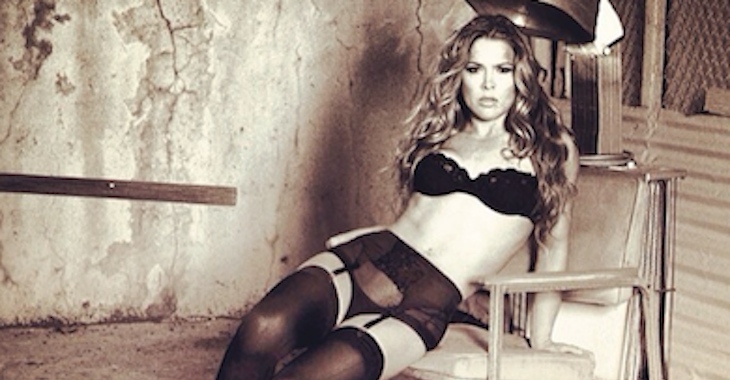 Ronda Rousey’s such a big star that she inspires those who aren’t even necessarily fans of MMA or who follow the sport.

After her devastating victory at Saturday’s UFC 190, Rousey’s KO over Bethe Correia was the talk of the town, or actually probably the world.

One of those who felt inspired and in awe of the champ was former adult film star and current host of radio show “Lisa Ann Does Fantasy Football” on SiriusXM, Lisa Ann.

She talked about the champ saying that’s the only topic in sports that she really wanted to talk about.

“The only other thing I’d like to talk about in sports is Ronda Rousey. She’s impressive.”

“She’s a beast, but I don’t know if the level is the same at all. There is not a lot of competition yet. She’s 20 years early. I think in future times young girls will be training for this.”