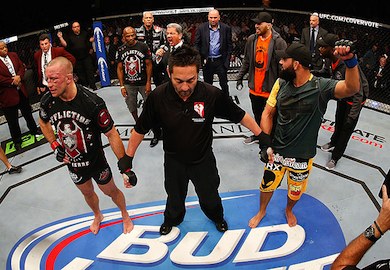 In last weeks BJPENN.COM poll, we asked fans who you thought won the UFC 167 main event between GSP and Johny Hendricks.

While a fair number of people believe that  the judges got it right on fight night, 60% of voters felt Hendricks is the rightful welterweight champion.

Here are our results: If you are just hearing about the controversy surround the GSP vs. Hendricks fight catch up on the news by starting out here.