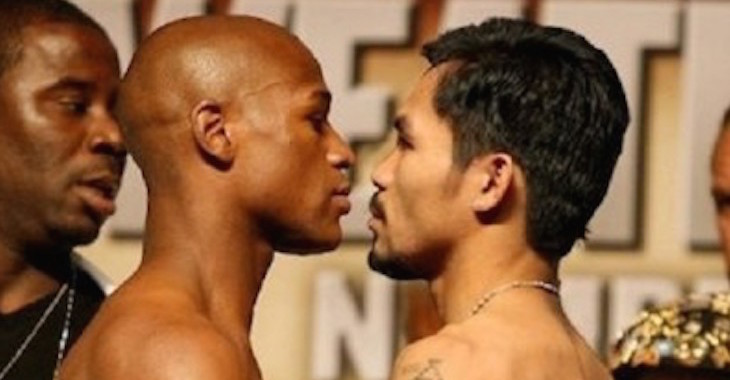 Professionals predicted that Floyd Mayweather and Manny Pacquiao would be smashing all records with their upcoming dream match— including crushing all PPV numbers. However, now that it has been confirmed that the price tag for the pay-per-view is a whopping $100, piracy may actually cut a big chunk out of PPV sales.

“What (Zack) Jones is largely referring to is the potential for widespread illegal streaming of the Mayweather vs. Pacquiao fight. It is a serious concern for sporting event operators, who acknowledge the existence of illegal streaming services that violate copyrights and serve as a major threat to an event’s bottom line. However, Jones notes that this population is Internet savvy and many people know where to find live streams. That, in addition to a steep $100 asking price on Pay Per View, may lead to a number of PPV buys lower than what is currently being anticipated.

Regardless of how you watch it, make sure you come back to BJPENN.COM for your fight night coverage of Mayweather vs. Pacquiao on May 2nd!