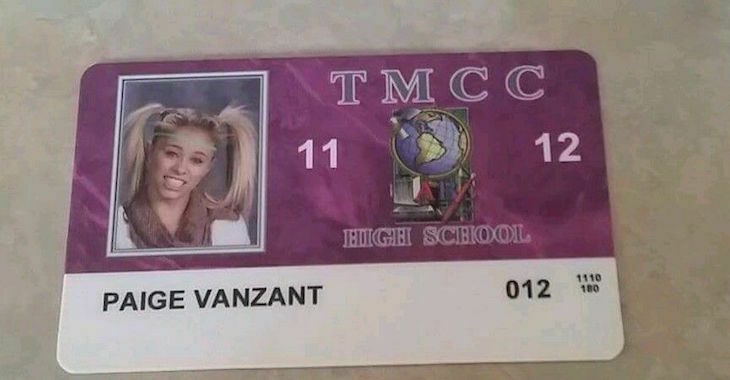 So apparently people really will put anything on eBay. Someone tried to sell what looks to be UFC fighter Paige VanZant’s high school ID for $100.00.

It appears the sale has ended and no on bid on the ID, thankfully. There’s being a fan, then there’s being that fan that spends $100 on a school ID. Any way, how about that picture!