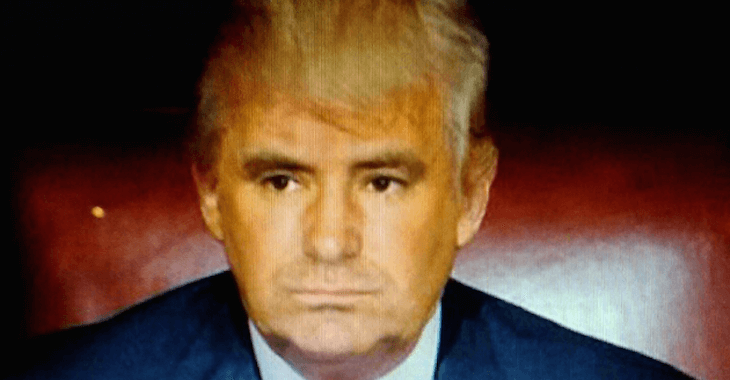 Donald White, I mean Dana White, UFC president, has spoken out recently and said that although he’s not really happy with any of the current presidential nominees, he does have a soft spot for Donald Trump, since he was the first to allow the UFC to use one of his casinos, back in the day.

Well, since the internet is awesome we now have an idea of what a Dana White and Donald Trump hybrid would look like.

The two are also linked because of a recent statement from Team Alpha Male’s Urijah Faber, who said White is a lot like Trump in the way that he says whatever he wants.

So, behold the frankenstein creation and fix your eyes on Mr. Dana Trump! And remember to check out the Daily Forum Fix!