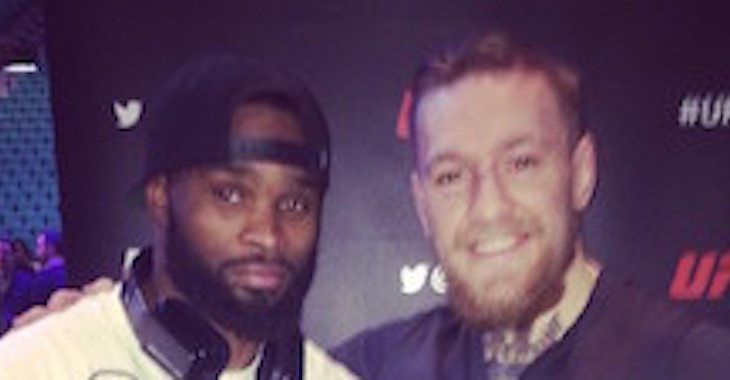 Conor McGregor and Tyron Woodley were seen taking a picture together at a recent UFC event and it’s almost shocking how similar they appear to be in size!

McGregor will be stepping in to face Aldo at UFC 189 in July as a featherweight, where the weight limit is 145 pounds. The welterweight Woodley has to cut down to 170 pounds in order to make weight for his divisio.. On fight night, there is a 25 pound difference between the two but they look to have the same exact build in this picture– check it out!