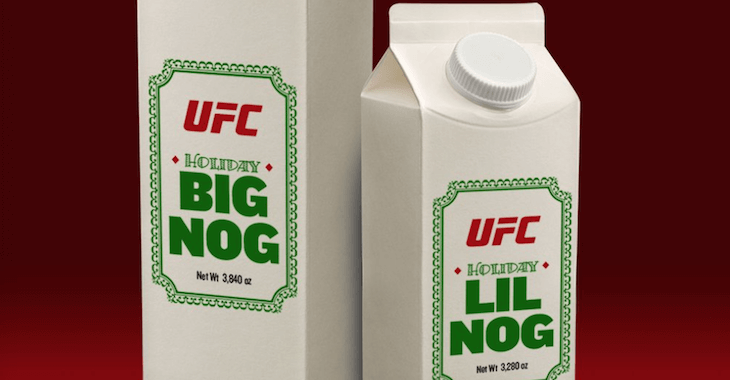 Today many fighters celebrated Christmas, and as can be expected many of them took to social media to show how they will be spending the day.

Happy Christmas everyone! We've been good this year! #ChristmasAtHome💚

Merry Xmas to all you guys! 🎉

I just missed #SantaClaus. Almost caught him. He ate the cookies ,milk and carrots for the reindeer. He's fast.

Noche Buena🎄 Xmas Eve ❤️ Sending the warmest wishes to you and your loved ones this Holiday Season. #teamtiny @ufc pic.twitter.com/ys2RcDOu4k

Even on Christmas Day we don't rest. I'm opening my present on Feb 6th at #ufc196 #feb6giftexchange

Even on Christmas Day we don't rest. I'm opening my present on Feb 6th at #ufc196 #feb6giftexchange

When ur cutting weight but making sure everyone else is eating good!!! #chefpettis #xmas2015

Merry Christmas my friends take care of ur loved ones ❤️

Merry Christmas from all of us and I hope y'all get everything y'all want.

All I want for #Christmas is a @weatherbyinc Mark V .338 Lapua Tacmark Elite. It's the Red Ryder BB gun for a SF sniper.

How dads prepare for Xmas morning…. Have a merry Xmas #immortalarmy and don't use the holidays as an excuse to slow down the grind!

Merry Christmas everyone. I hope Santa brought you everything you wanted this morning.

Cherish the folks around the tree, not them things underneath it! Happy holidays.