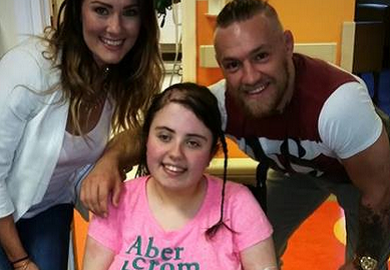 Conor McGregor took some time out of his day yesterday to visit one of oldest, and biggest fans, Nadine, before she went in for surgery.

McGregor posted the following message on Facebook with pictures of himself and Nadine going back to McGregor’s first Cage Warriors championship back in 2012.