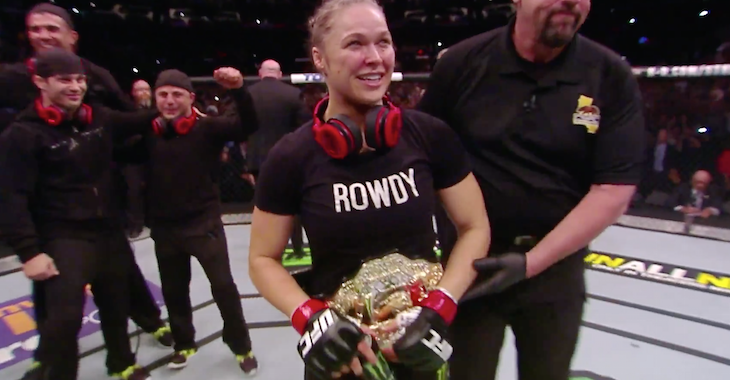 Ronda Rousey recently began a social media campaign titled ‘#MoreThanTape’ in which she would take fan’s word of encouragement and have them printed on athletic tape, which she would wear during training and in her fight with Holly Holm at UFC 193.

This week, the undisputed UFC women’s bantamweight champion took to Instagram to post a picture of herself wearing the tape.

It’s not often that I get to be taped with my fans inspirational words. Today, I’m training for you. @Reebok #MoreThanTape