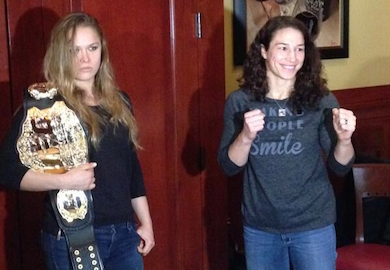 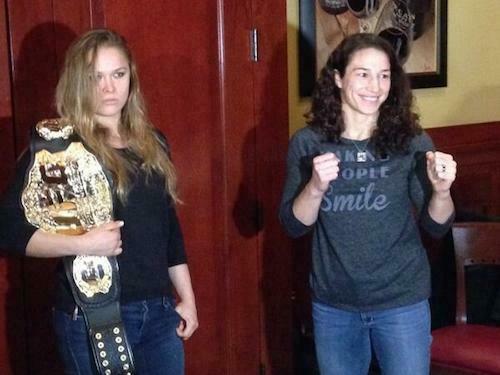 Yesterday in Los Angeles the UFC put their two Olympic Medalists in a room together to promote their upcoming February bout with the media.

Ronda Rousey will defend her title against Sarah McMann at the Mandalay Bay Events Center in Las Vegas on February 22nd. The two female Olympic medalists will serve as the pay-per-view main event.