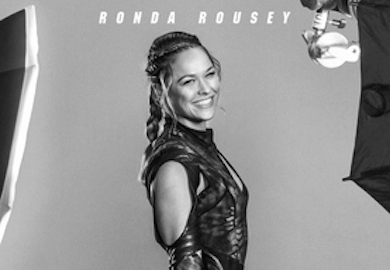 The UFC champ plays ‘Luna’ a character who fights alongside the usual cast and crew.

Ronda is a busy lady. We recently got a sneak peek of her acting chops in, ‘Entourage’, the upcoming film she stars in. (You can see that HERE)