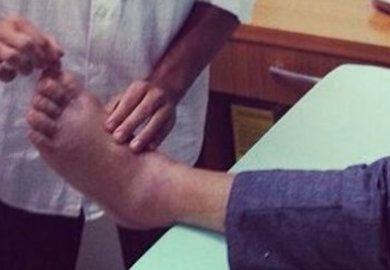 According to Machida, in the third round of his UFC Fight Night 36 bout against Gegard Mousasi, he injured his foot pretty bad.

According to the docs it isn’t broken, but it’s hard to imagine it being an worse.