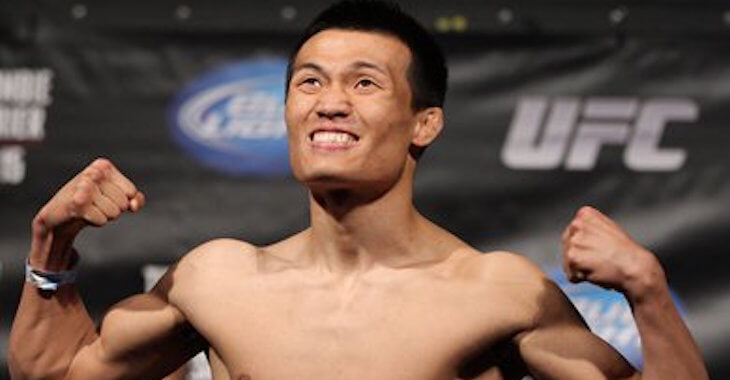 Earlier this morning in Seoul Korea, the one and only Korean Zombie, also known as Chan Sung Jung, was in attendance at the fights.

Jung’s last fight in the Octagon was a TKO loss to Jose Aldo at UFC 163 in 2013 in a Fight of the Year candidate. Following the loss it was revealed in October of 2014 that Jung would have to complete a mandatory 2 year stint serving in the South Korean military. Fortunately, Jung is able to still train frequently.

Jung’s manager revealed that at the end of the 2-year stint, The Korean Zombie would in fact return to MMA.

Chan Sung Jung was in the house tonight at #UFCSeoul. Can't wait to see the Korean Zombie back inside the Octagon!