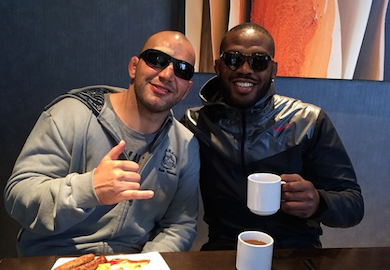 There’s been a lot of back and forth since Jon Jones defended his title last weekend.

The champion has been quick to harass his agitators following his 25-minutes of cage-time.

However, despite Jon’s dislike for those who spoke against him, he seems to be nothing but class when it comes to his opponent, Glover Teixeira.