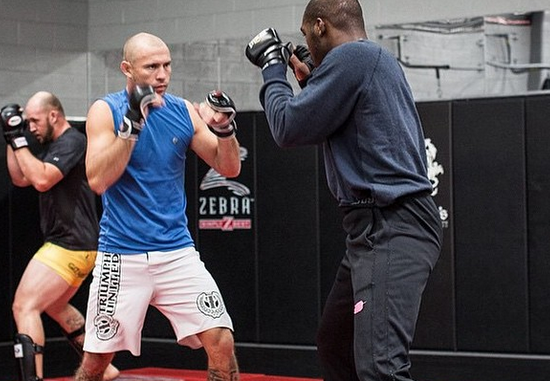 Teammates Jon Jones and Donald Cerrone sparred recently, and by the looks of Jones caption, it appears the pair don’t spar frequently, however Jones showed respect to Cerrone in the caption, saying he kept the champ on his toes.

How do you think this sparring session between two of the UFC’s best knockout artists ended?

I don't believe in training with the same person every day, I'm a firm believer of learning a little something from everybody. Everyone has a different speed, a different rhythm, something different they're good at. I like to be prepared for anything @cowboycerrone was keeping me on my toes earlier today..