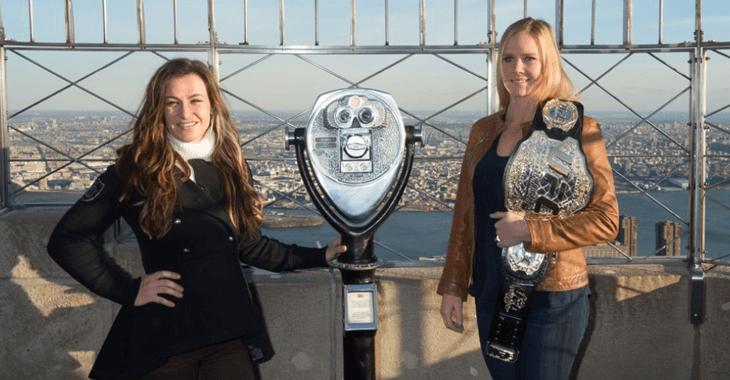 UFC women’s bantamweight champion Holly Holm and contender Miesha Tate are set to fight for the title at UFC 197 on March 5. The two were seen together in a photo posted on The Empire State Building’s social media.

Holm also posted a photo on her Instagram account of just her and her championship belt saying, “Not a bad day doing media when you get to do it from the top of the Empire State Building…. A beautiful view of NY.” So it appears that the two scheduled opponents were not simply having a girl’s day out sightseeing in New York.

Not a bad day doing media when you get to do it from the top of the Empire State Building…. A beautiful view of NY

Who are you picking to win in this championship fight? Let us know who you got by leaving a comment!