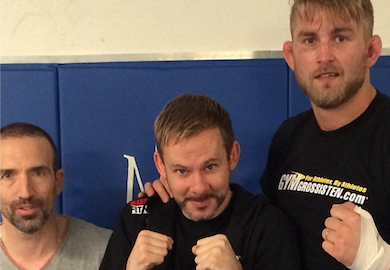 Beloved actor Dominic Monaghan is probably best known for his role as Meriadoc Brandybuck (AKA, Merry), the Hobbit, in ‘The Lord of the Rings’ trilogy. I remember him most fondly as Charlie in LOST.

At any rate, he trains MMA with Alexander Gustafsson. Pretty Cool!

The Caption Reads,  “With Dominic Monaghan at the gym today working on his fighter skills! @allstars_gym @ivar_c“