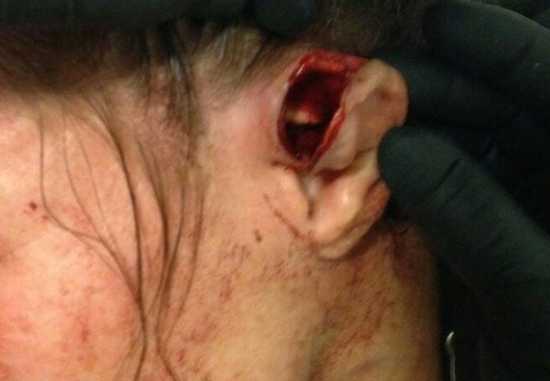 Last night, at UFC 180, Jessica Eye landed a hook on Leslie Smith. Not only did the hook land clean, it also ruptured Smith’s cauliflower ear, ultimately forcing the ringside doctor to call the bout (Watch that HERE).

Armbar Nation, Ronda Rousey’s official fan club took to Facebook with a graphic photo of Smith’s ear after the bout, praising Smith for wanting to continue to fight despite the injury.