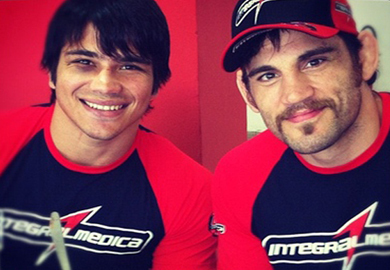 UFC welterweight fighter, Erick Silva, sets an example for his fellow fighters with his latest act in sportsmanship.

The Brazilian standout lost a hard fought decision to top welterweight Jon Fitch last weekend at UFC 153, but that hasn’t stopped the two from embracing as friends as the picture above shows.

In his message to the Twitter universe Silva stated: “Having lunch with Jon Fitch. Learn: become friends with someone who hit you.”