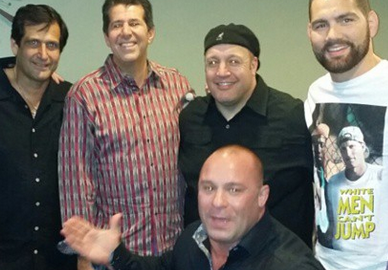 Hanging out with Kevin James after his comedy show with @mattserraufc @raylongo. My 1st time at a comedy show and he killed it