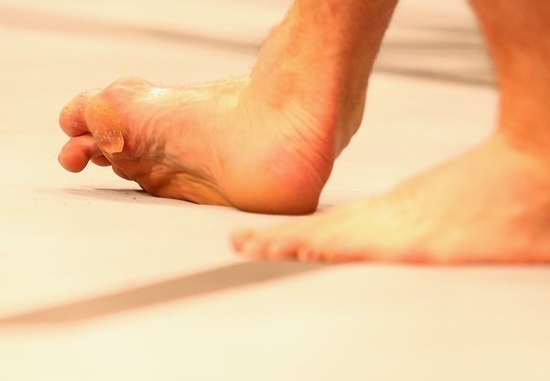 In the main event of UFC Fight Night Sydney on Friday Night Michael Bisping was defeated by Luke Rockhold via guillotine choke.

A photo has surfaced on USA Today of Bisping’s foot, which has a noticeably deep cut in the ball of his foot.