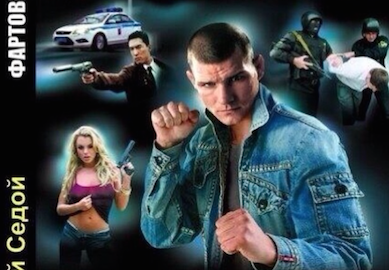 Michael Bisping woke up two-days ago in shock and awe over a new book he’s featured in.

“So, apparently I’m on the cover of some Russian book about crime”, said the UFC middleweight on instagram. “Lol. Anyone know what it says on the cover? And what the hell is with fists. I’m not gonna even get started on the jacket……for the record over never wore that jacket hahahaha”