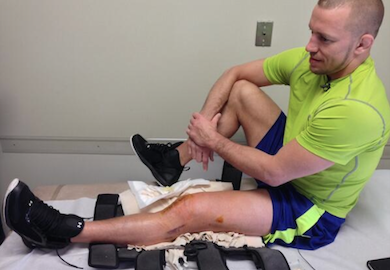 Former UFC welterweight champion, Georges ‘Rush’ St-Pierre, was put under the knife once again for his second ACL surgery in California.

The former champ, has plenty of time to recover from the surgery following his self-imposed exodus from the sport of Mixed Martial Arts.

Yesterday, GSP tweeted out a pic of his bandages coming off.

Bandage is off… Feels good!! pic.twitter.com/XHzRkh03t2