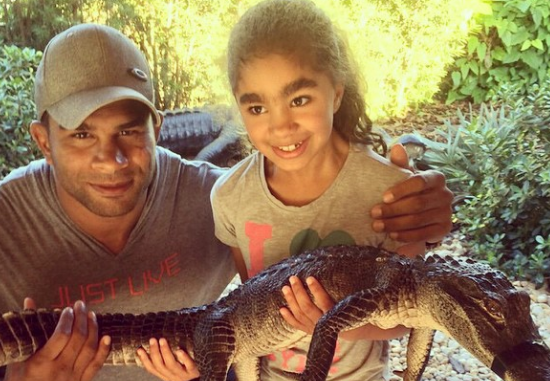 UFC heavyweight Alistair Overeem is gearing up for his UFC on FOX 13 on December 13th bout against Stefan Struve. Ahead of his bout, he caught a baby Alligator with his daughter, and posted the moment on Instagram.

I tend to keep mixing alligators with crocodiles! But to set the record straight.. Alligators are smaller and sweetwater animals.. Also more friendly to grab, which you don't want to do with a crocodile as they are much bigger and aggresive. We pulled it off yesterday tho with this baby alligator 🙂 #UFC #UFCpromo