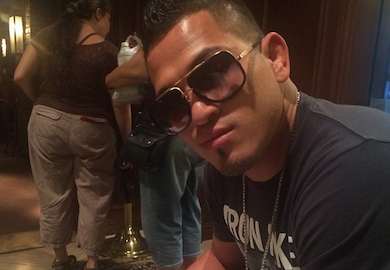 “The fans can expect me finishing this fight in the first round. I’ve been out for a year and I’m excited to be back. I’m healthy, ready to fight and, unfortunately, Melendez will be my first opponent after my return. I say unfortunately because I’m sure that I won’t need more than one round. I have to shut up a lot of people and I have others to face.”

“Gilbert is a cool guy but we haven’t chatted so much during the season and we haven’t had any arguing. He was there to be a coach and so was I. I’m a fighter and I have a belt for a reason. I got injured and couldn’t train like I wished but I’m back. When Khabib’s time comes, we’ll fight. Now I have Melendez in front of me and that is my concern but if Khabib is next, we’ll fight.”