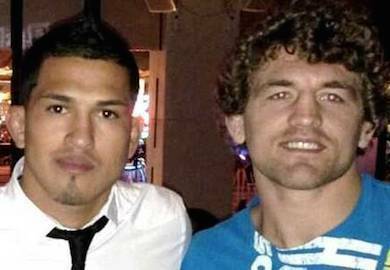 During a recent luncheon with select members of the media, UFC lightweight champion Anthony Pettis discussed what would happen if teammate, Ben Askren, were to join the UFC’s lightweight ranks.

“He would whoop my ass,” said Pettis. “He holds me down and laughs at me.”